After months of evidence gathering approval has now been given for the formal “Assertion” of the laneway between Kensington Park and Glen Road .

In accordance with current legislation 'Access to the Countryside (Northern Ireland)Order 1983' this route is now held on North Down Borough Councils' register of Asserted Public Rights of Way.

We would like to thank all the people who took the time to complete and return evidence statements .A special thanks to Gayle Wilson of North Down Borough Council who co-ordinated the effort and submitted the case. 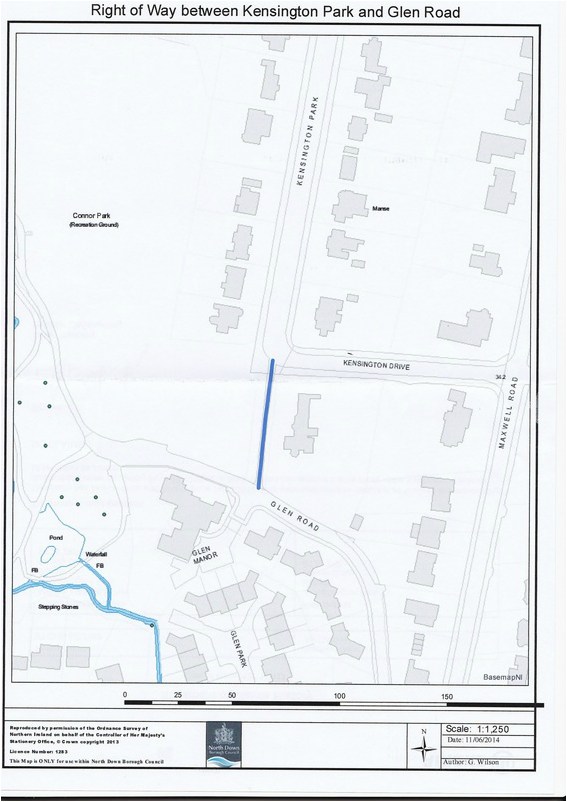